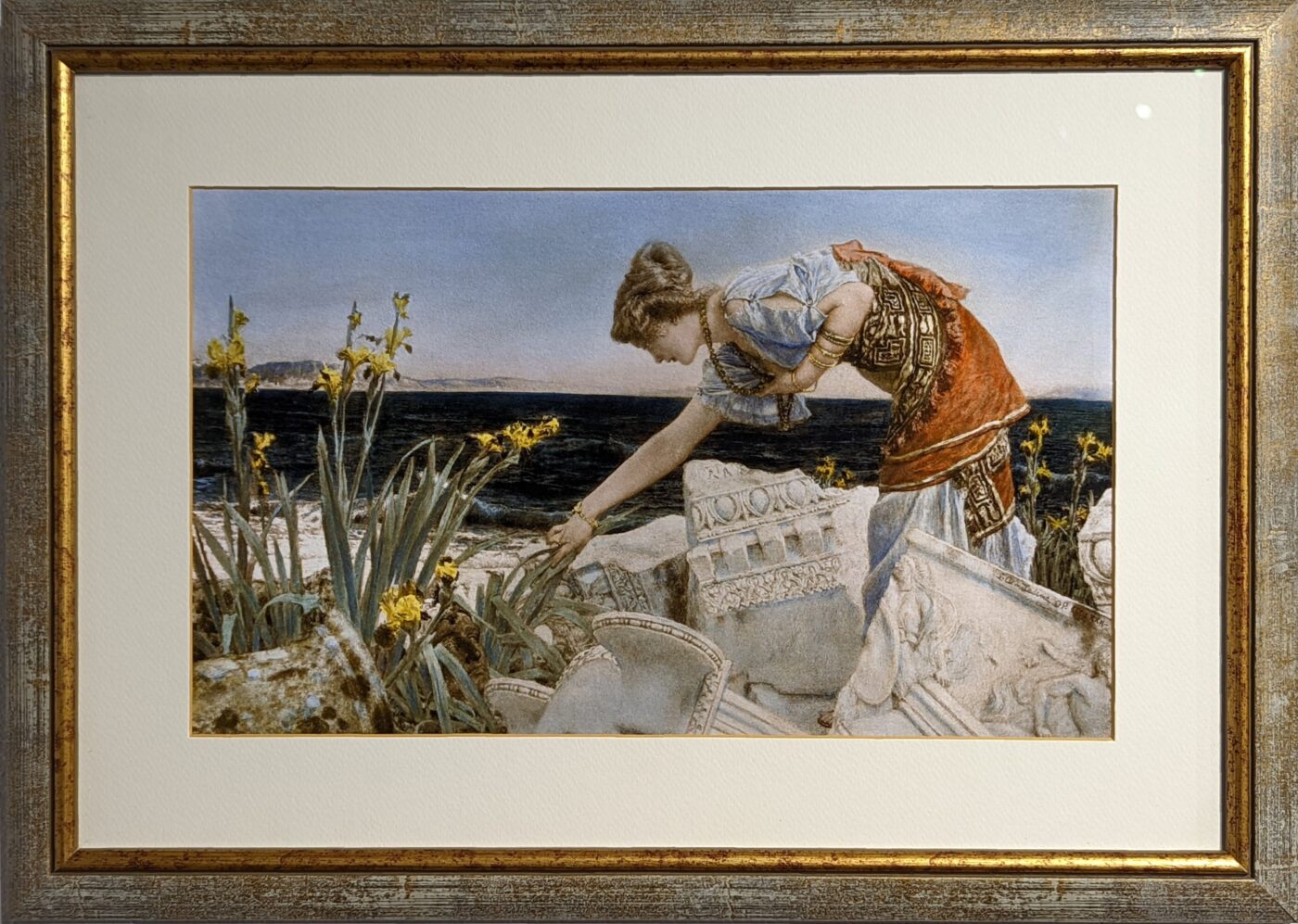 Without doubt, Sir Lawrence Alma-Tadema was the Master of painting the antiquity. Born in The Netherlands, he made his career in late Victorian London, painting daily scenes of the Roman World.

After the original oil painting ‘Among the Ruins’ (OP CCCLXXII) by Sir Lawrence Alma-Tadema, O.M., R.A. he also produced high quality engravings. He signed personally the high end of a series, normally not more than 200 copies.

This Exclusive Fine Art Print is after one of those signed copies and is available as a beautiful fine art print on museum quality Hahnemuhle German Etching paper.

The work is mounted on a museum quality foam board. There is also the framed option, with special anti-reflective and virtually invisible glass (up to 70% UV protection).

Please come to the Portrait Painting Gallery , or buy online, to make your personal choice!

Among the Ruins shows an elegant blonde maiden, who whilst beach-combing on deserted sands has discovered the overgrown ruins of a forgotten temple. She is surrounded by the fallen columns and broken pediments decorated with battling Amazons, suggestive of a violet past but now, in these more peaceful times the commanders of the battalions of many-oared war-ships have ceased to visit the temple of the sea-god Poseidon. The flowers have pushed their way through its floors and ocean storms and earthquakes have tumbled its walls. It is now the haunt of the sea birds that make their nests among its stones. The girl stoops amid the irises to draw back their stems, revealing the tranquil face of a bronze votive statue of a male god. Her string of polished amethyst beads and gold and silver bracelets suggest that she is no mere flower seller or temple servant and that she is a young member of the patrician classes who built beautiful villas along the coast of the Mediterranean.(1)

In a letter dated 8th February 1909 to Meyer H. Lehman, Tadema wrote of Amongst the Ruins ‘I may as well say that I consider it one of my successful works’.