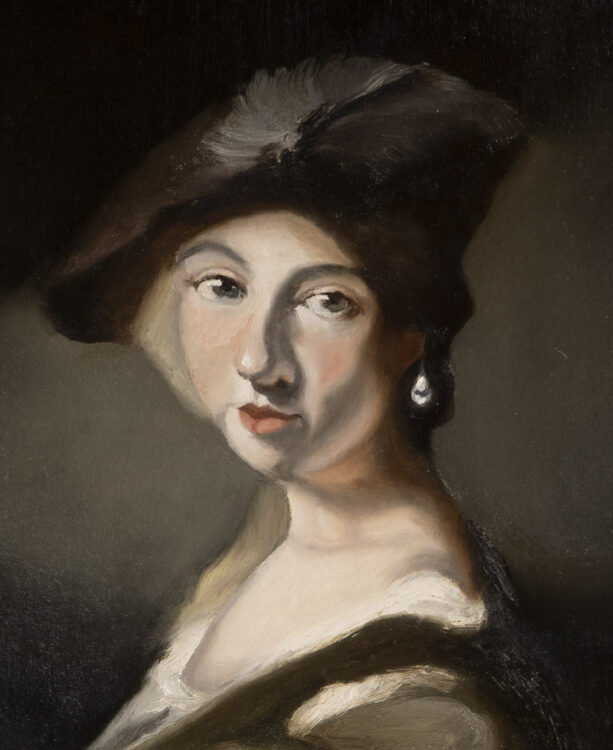 Girl with the pearl earring

Could the painting from Johannes Vermeer 'Girl with the pearl earring' be the inspiration for the French artist Alexis Grimou (1678-1733) to paint his version?

This original artwork by Award winning artist André Romijn is an mastercopy of Alexis's portrait of a lady, said to be the duchesse de Caumont-Laforce, bust-length, in a plumed hat and silk mantle and pearl earring.

Not so well-known today, Grimou worked for an elite clientele and was called the French Rembrandt as he introduced the Northern European style of portrait painting in France. Grimou was born on 24 May 1678 at Argenteuil outside Paris. Little is known of Grimou’s career, though he was very probably a pupil of François de Troy. He was a member of the Académie de Saint-Luc and worked mainly as a portraitist, and also produced number of self-portraits.

Many of his intimate portraits at half-lengths were influential on the development of 18th-century portrait painting in France. Portrait painters such as Jean-Honoré Fragonard and Jean-Baptiste Greuze were influenced by his work. Grimou died in early May 1733 in Paris.