International Contemporary Art Exhibition organised by M.A.D.S. a contemporary art gallery, located in Milan, Italy. Set up with screens, aimed to create a continuous multimedia exhibition with the use of new video system projection technologies. M.A.D.S. created the first fully and permanent digital multimedia gallery for artists, revolutionizing the process of presentation of the artworks, which results into the increasing of the visual quality of the details, their three-dimensionality and materiality through high definition and augmented reality.

The International Contemporary Exhibition “KROMATIC@RT” takes place  from January 22, 2021 and will last until February 05, 2021. Artist all over the world are participating into this event, including André Romijn with three artworks.

The three portraits here exhibited have a woman as main character, but each one is depicted with different colors that have the power to lend different emotions and feelings to te viewers.

“Europa” that is part of a diptych called “There is a sea between us” is a black woman whose face occupy the main role of the piece, put into the foreground as to focus the attention on the details. What is first visible looking at this woman are the big and black eyes that seem watching at the observer deeply.  This gaze allows to be half seen a smile that is hidden from the chubby mouth thanks to the light given by the brilliant colors of the faint makeup. The artist’s choise to use shiny and cold colors for the background let imagine that his aim was to exalt the feminine figure and her feelings that can be easly perceived.

The same intense look is the characteristic of “Elvira” that with her green and small eyes spreads a brilliant atmosphere given also by the almost gold foreground that call to mind the “Giuditta” of the Austrian artist Klimt. In this case, the play of colors give great importance to the thick head of hair of the woman that are wear in a ponytail that underlines the facial features and the fair skin that blends with the white t-shirt.

Colder results the atmosphere given by the colors used for “Rose Hips” portrait. The main character of this last work seem to be the head of blond hair of the woman in which there are some rosa canina twigs as a sort of modern ornament. Rose here seems to be very confident with herself and the hand leans on the thin neck is an example of her skill in posing. The lights used by the artist to depict the background are used to emphizise the girl’s nude and pure body.

The International Contemporary Exhibition “KROMATIC@RT” in the PRESS 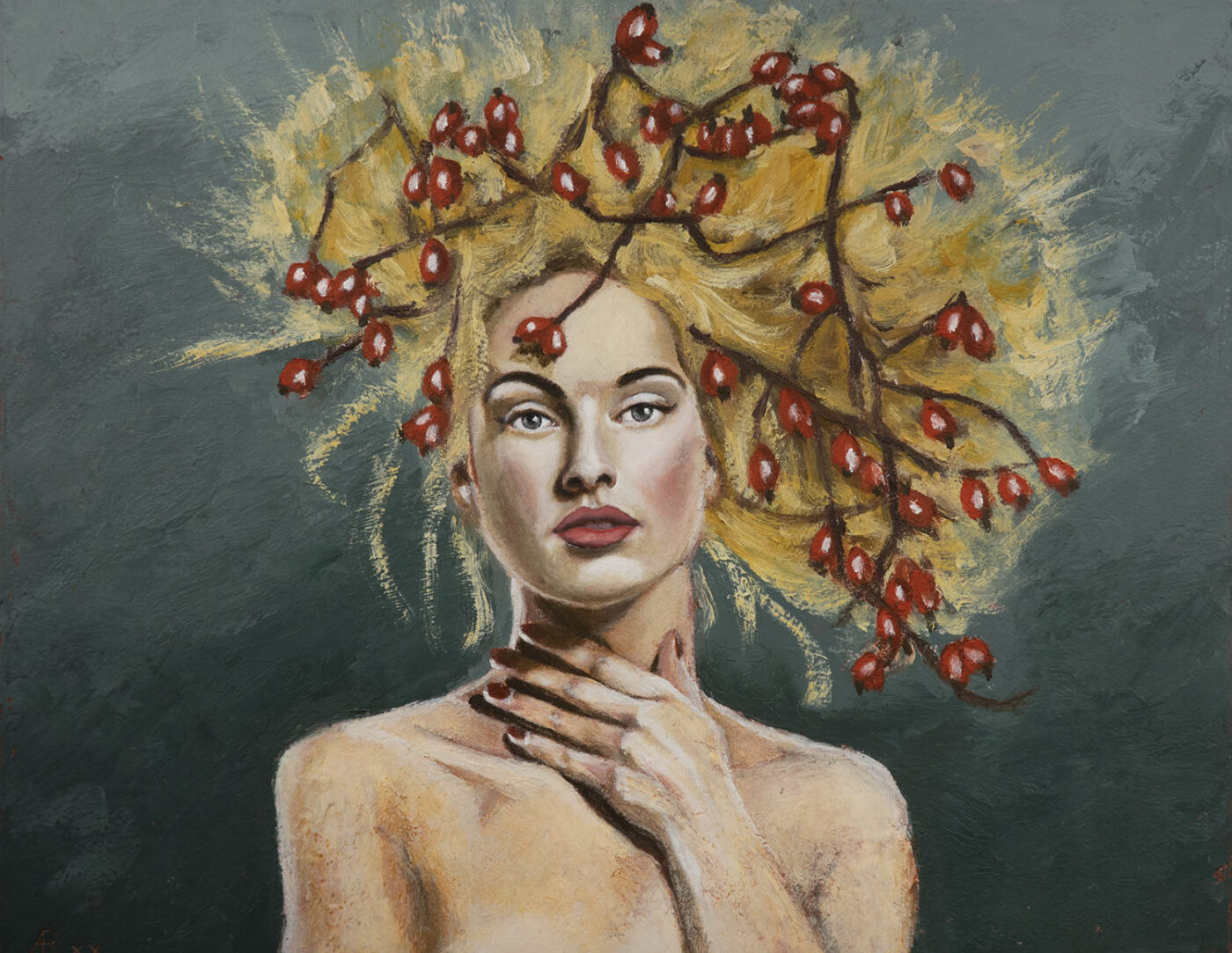 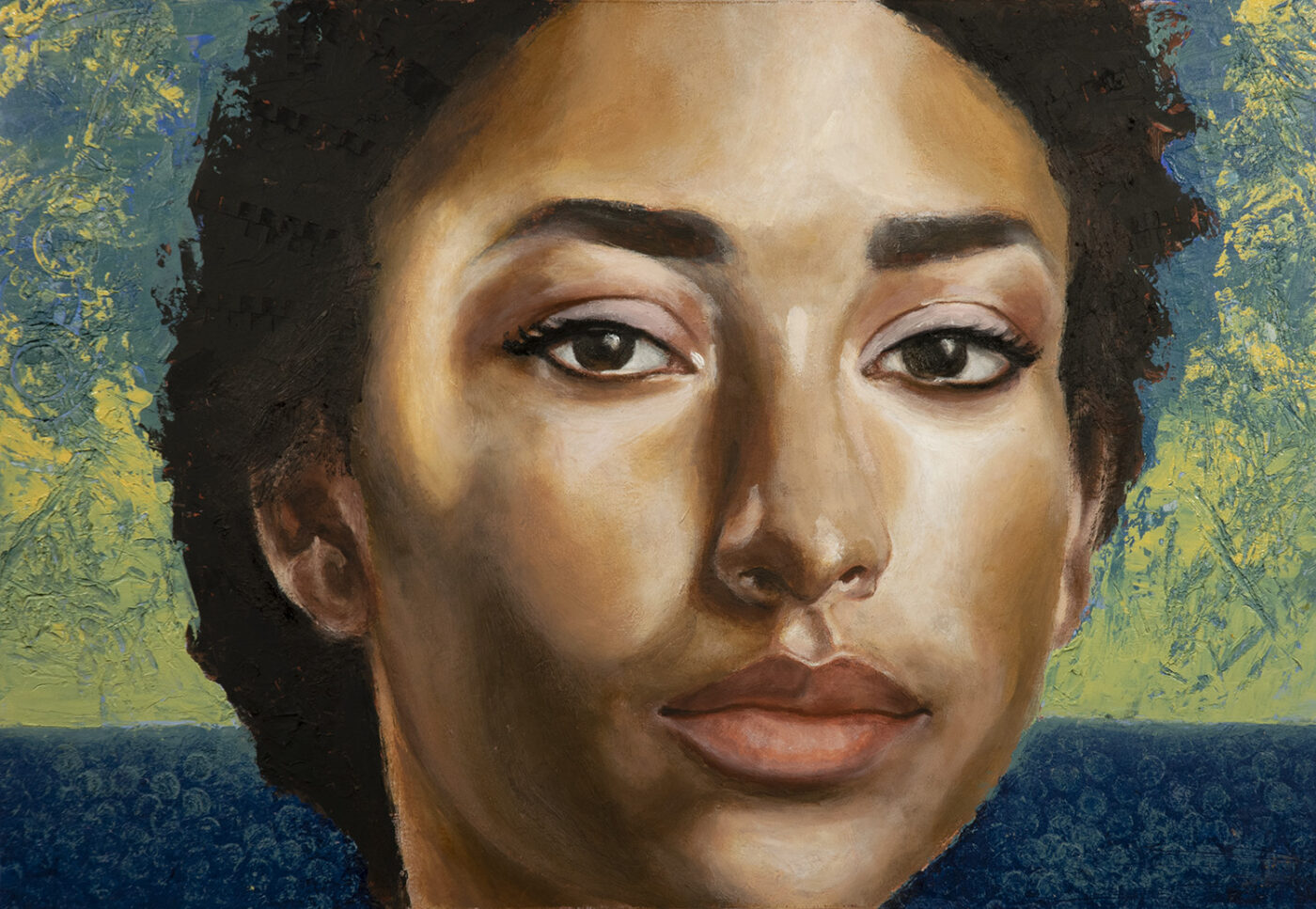 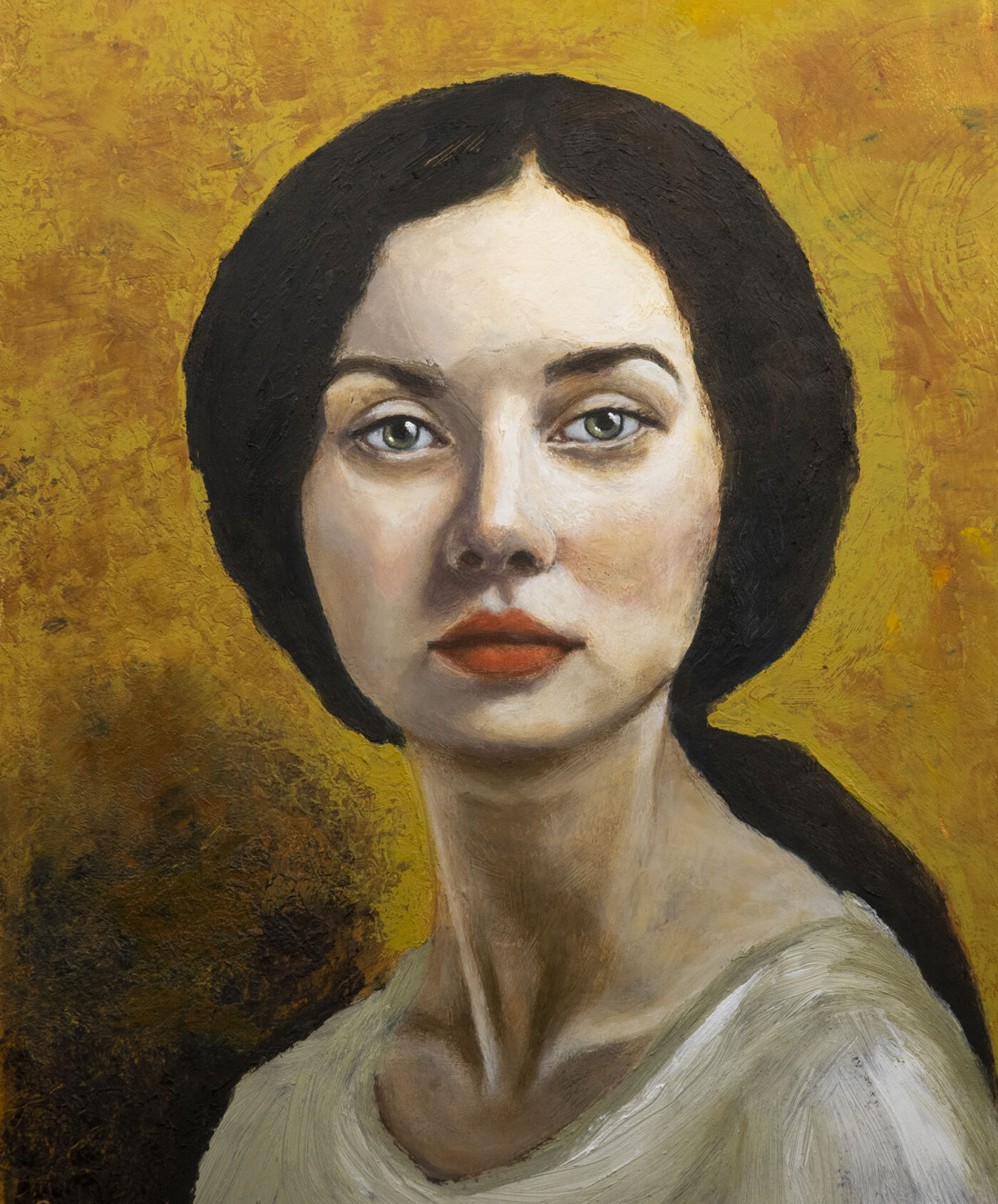