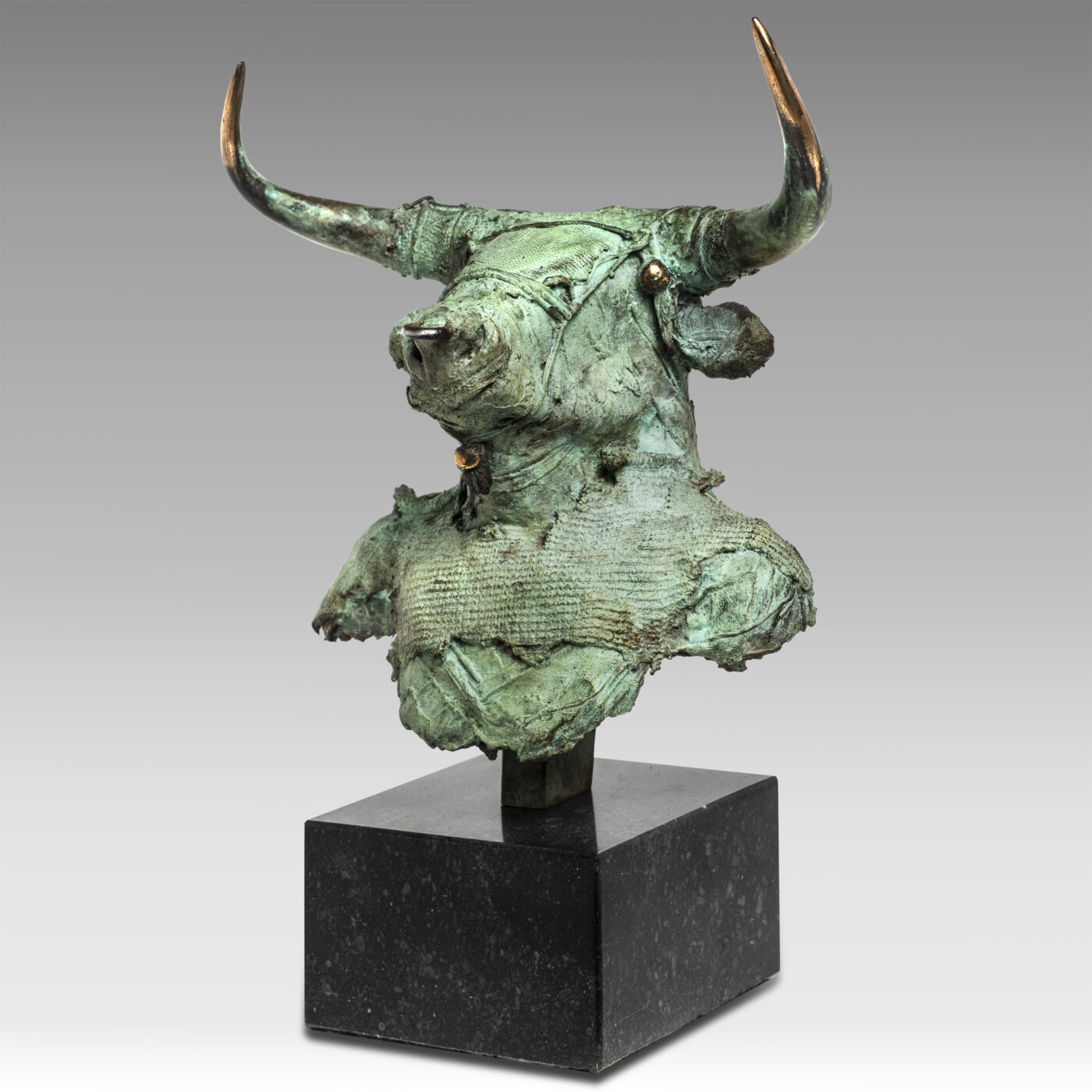 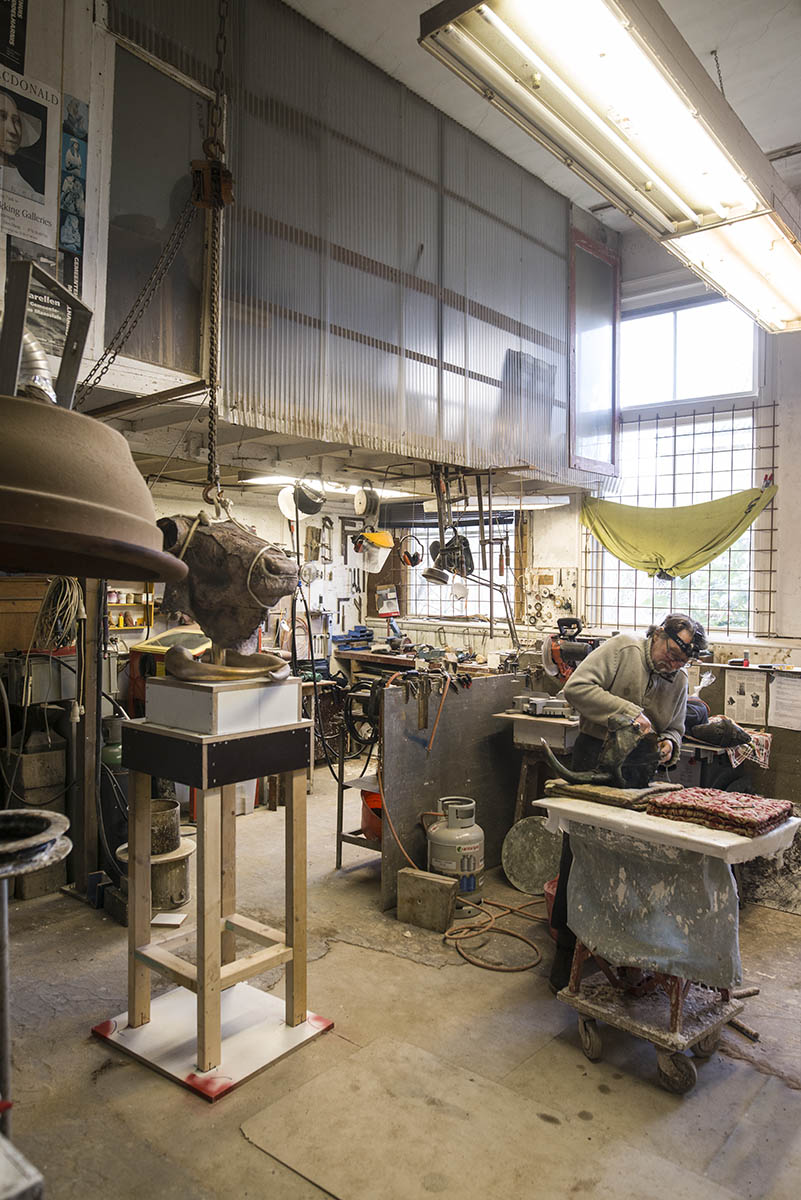 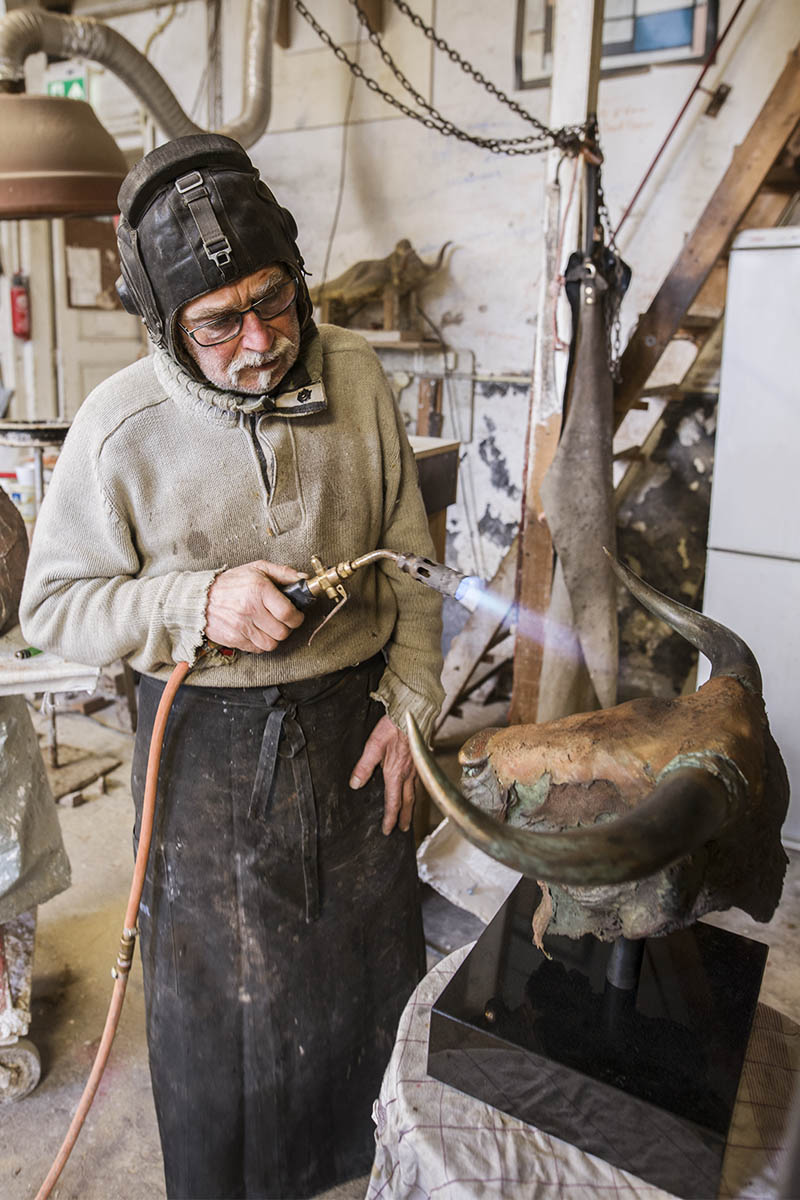 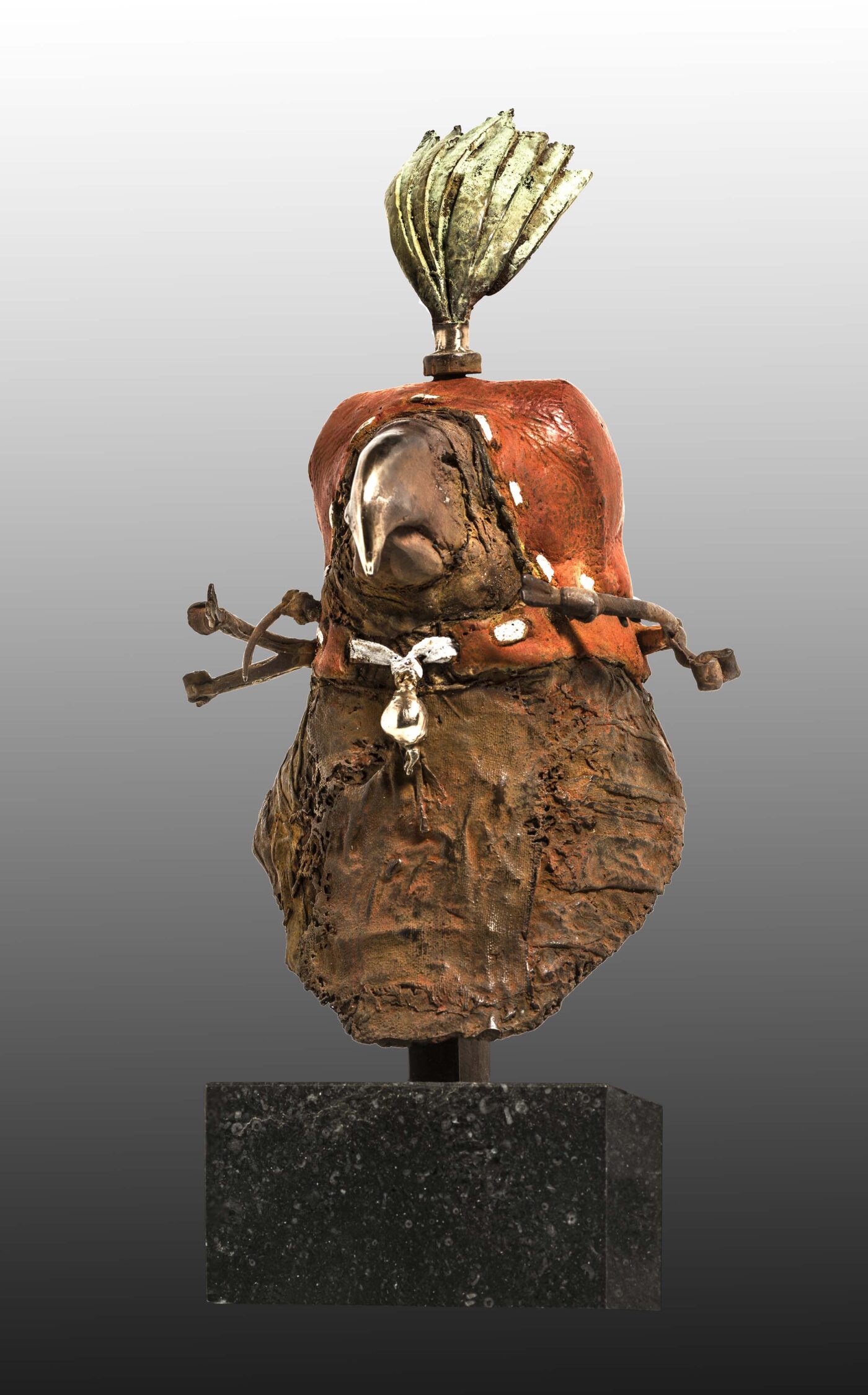 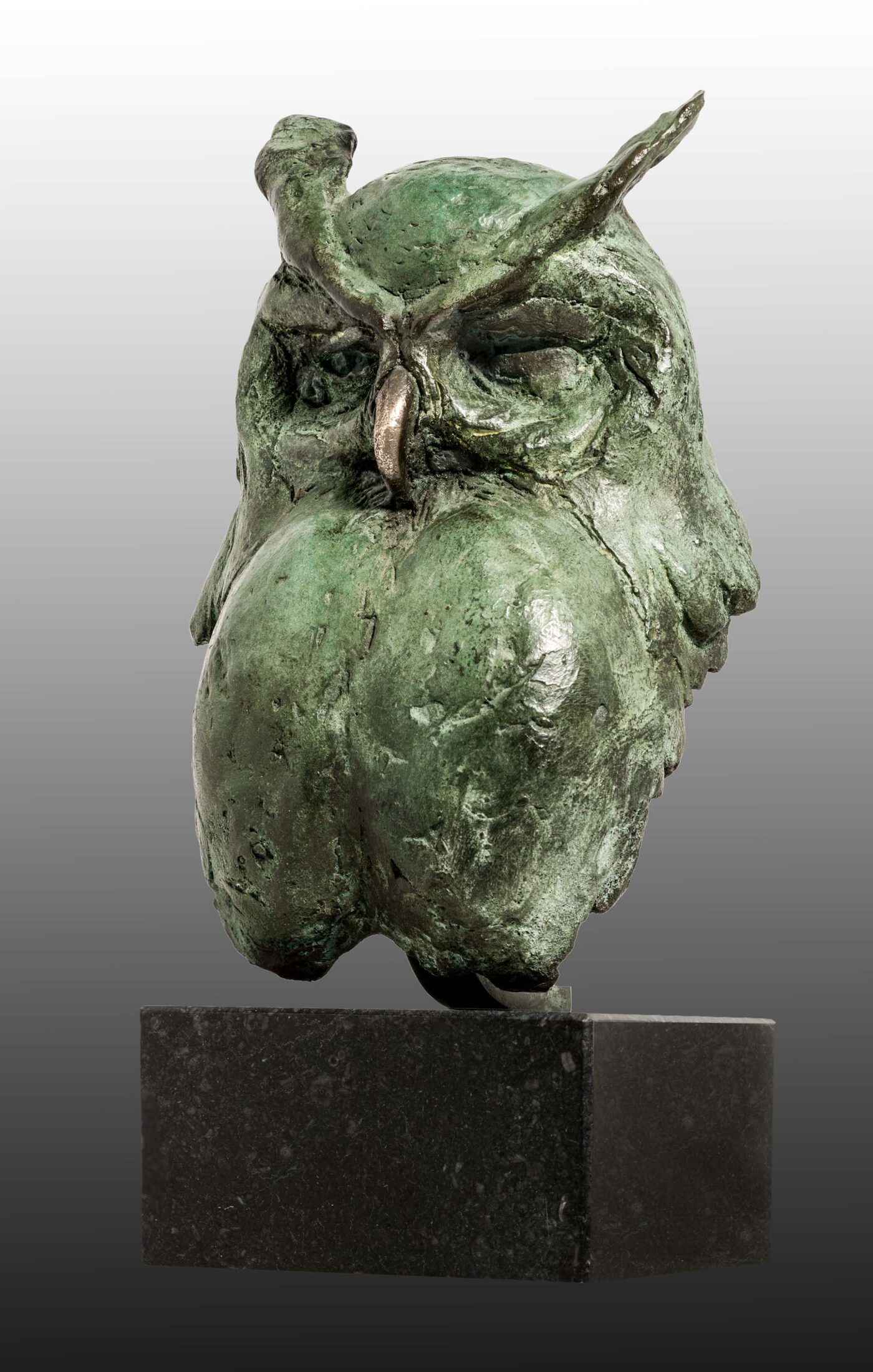 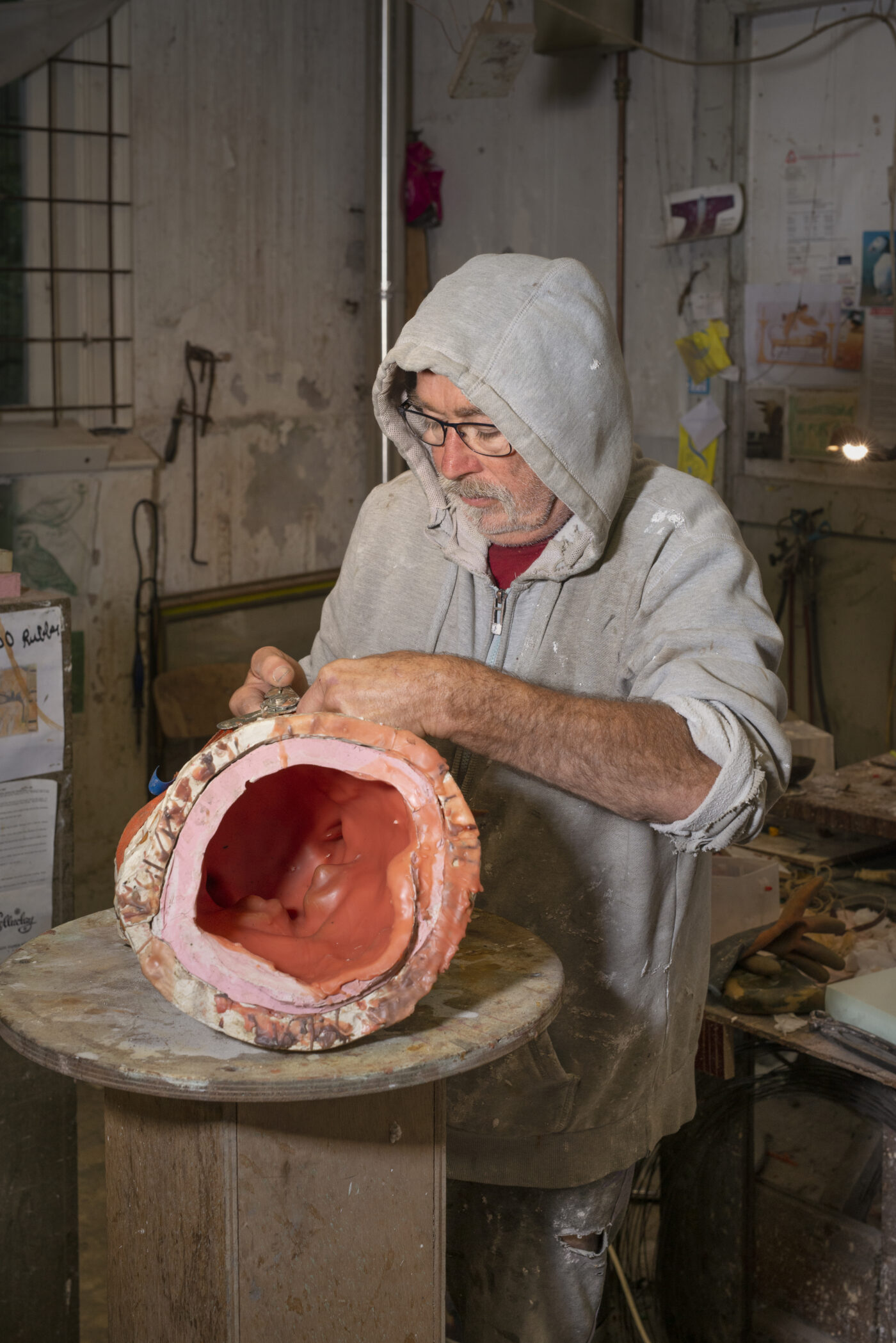 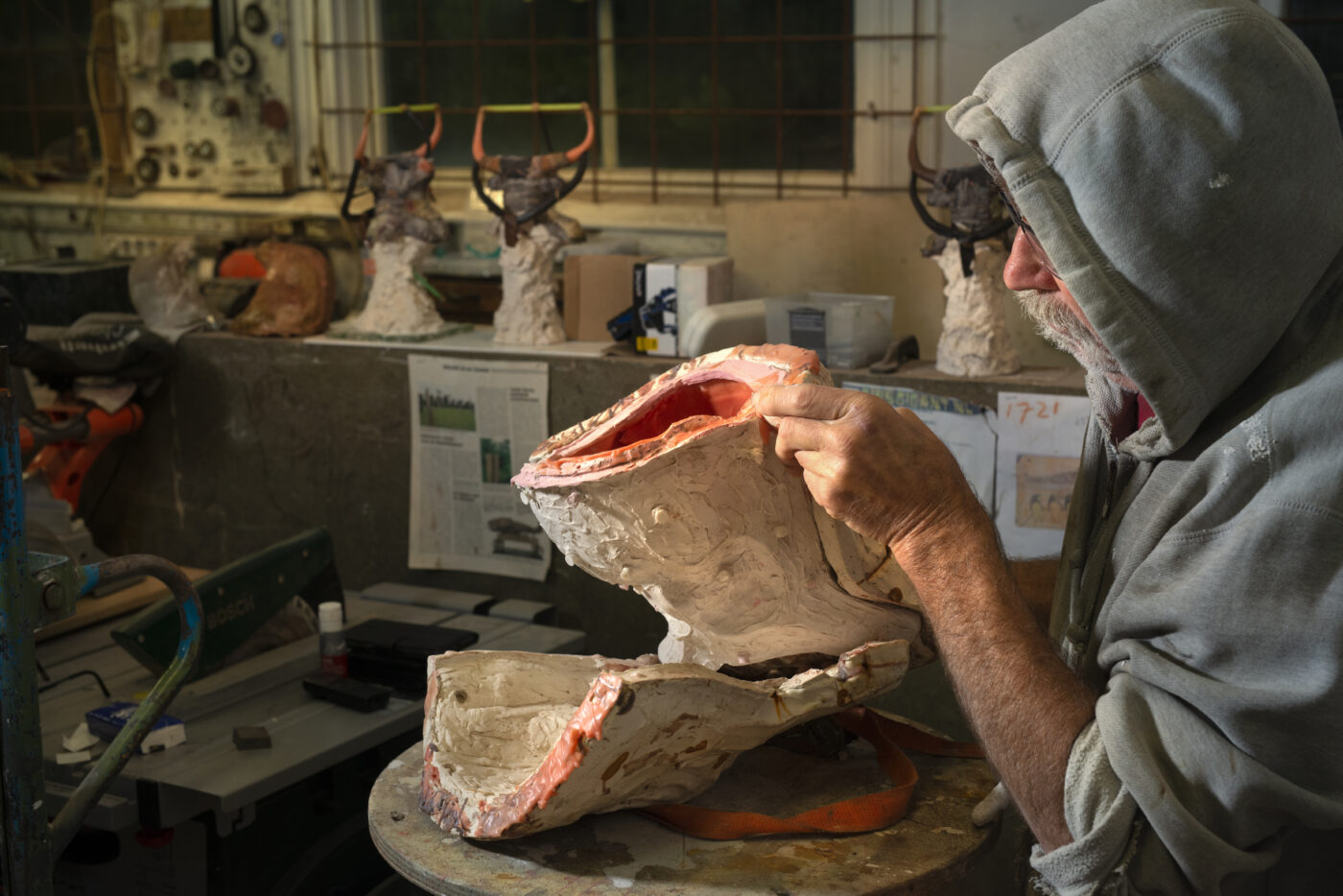 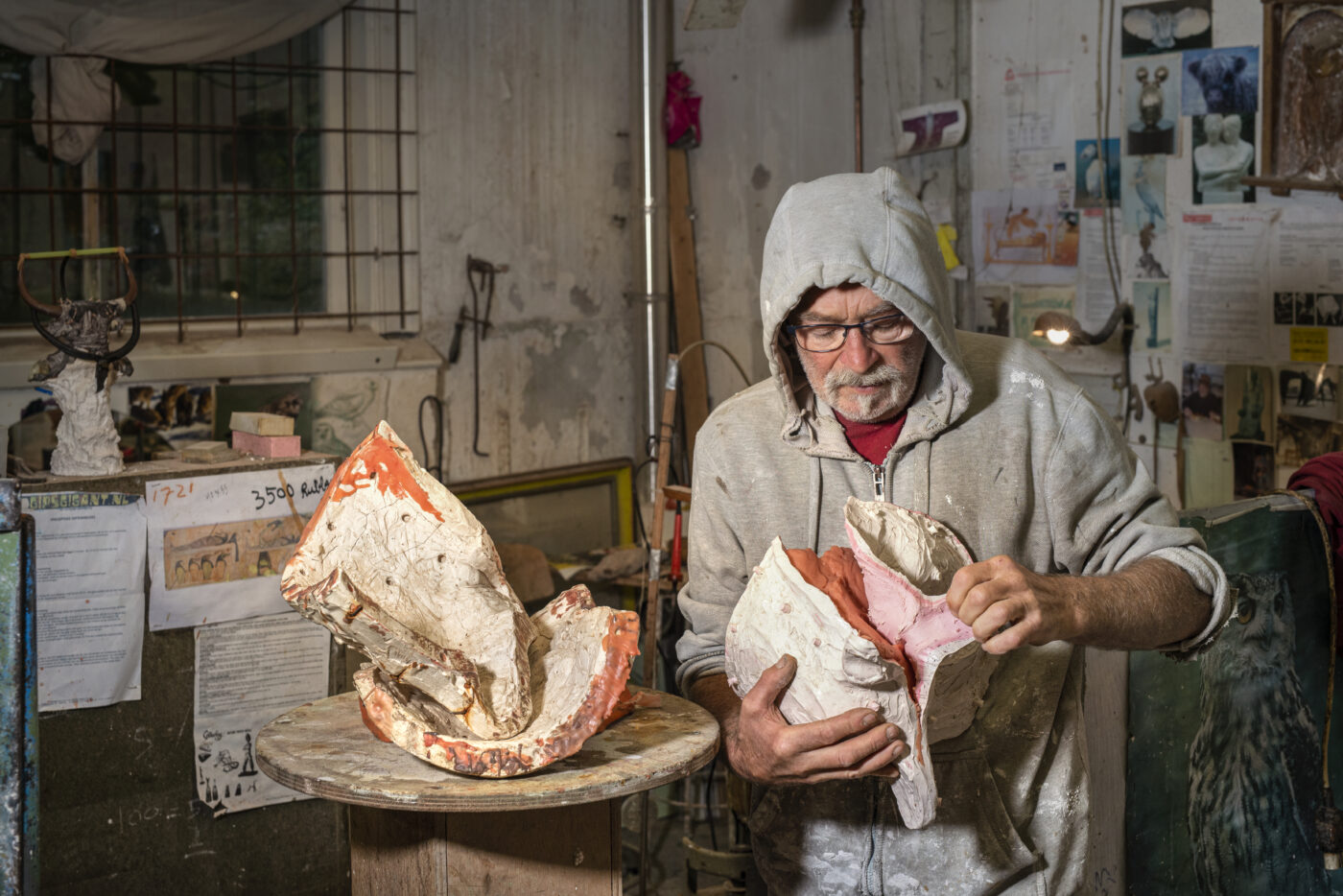 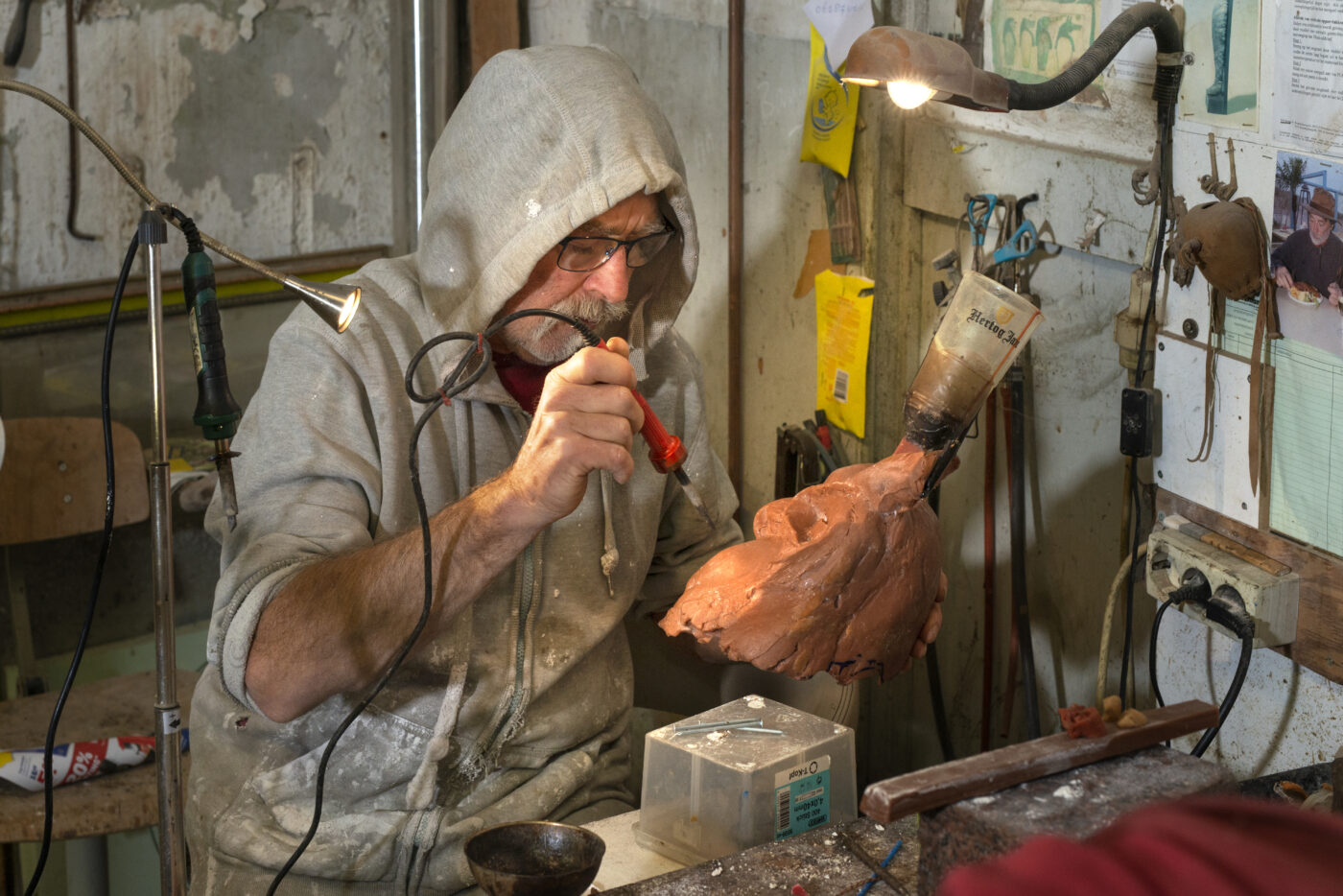 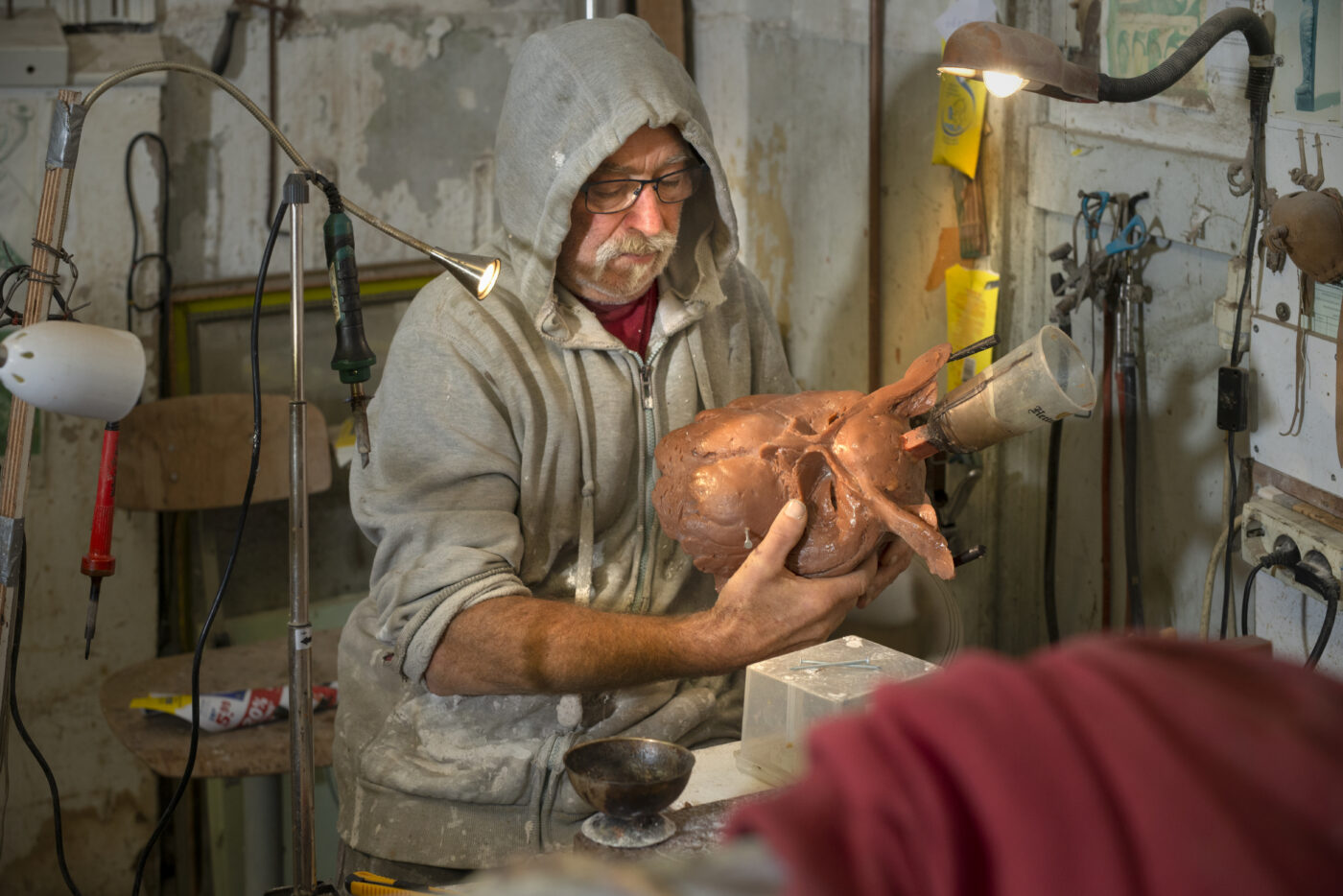 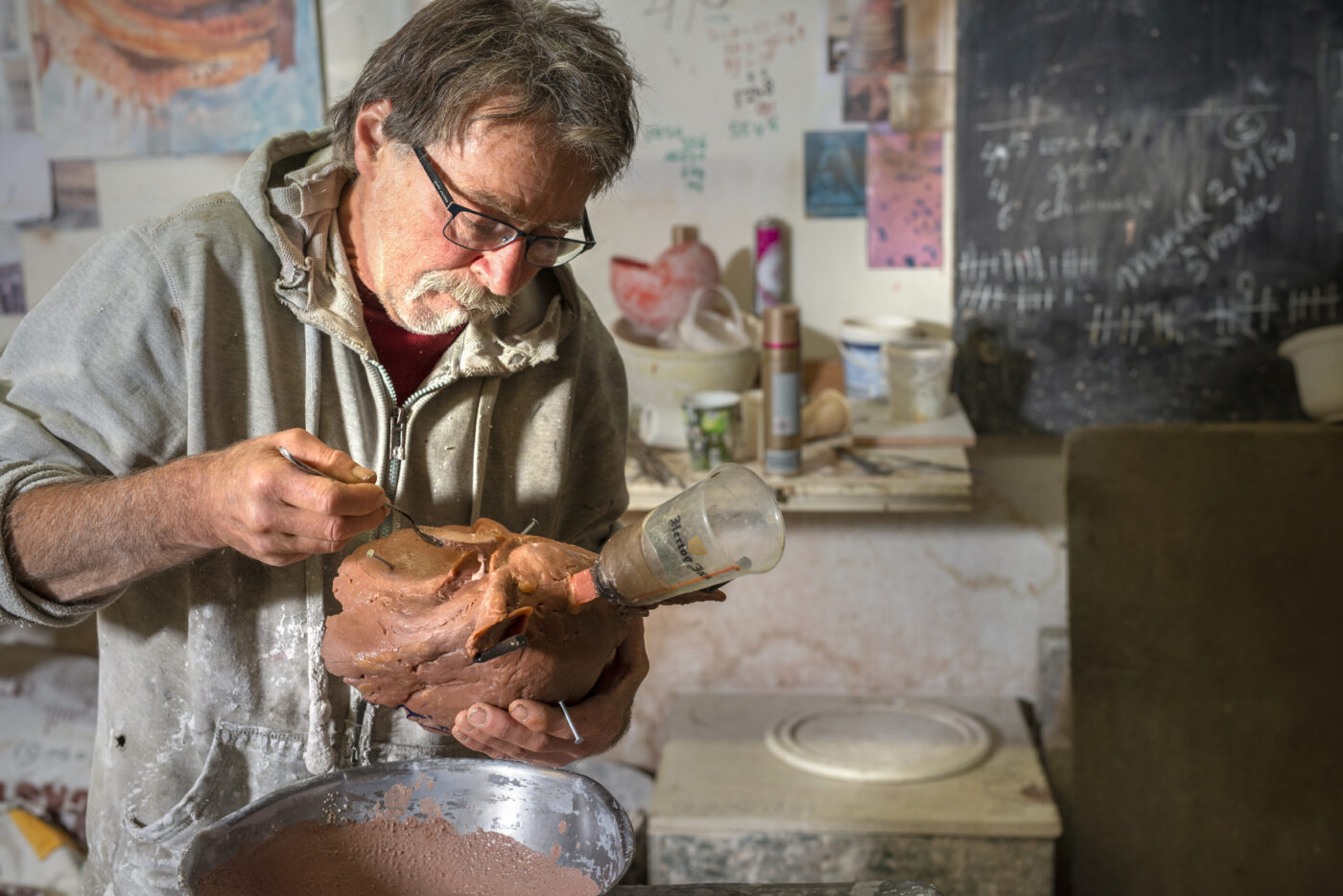 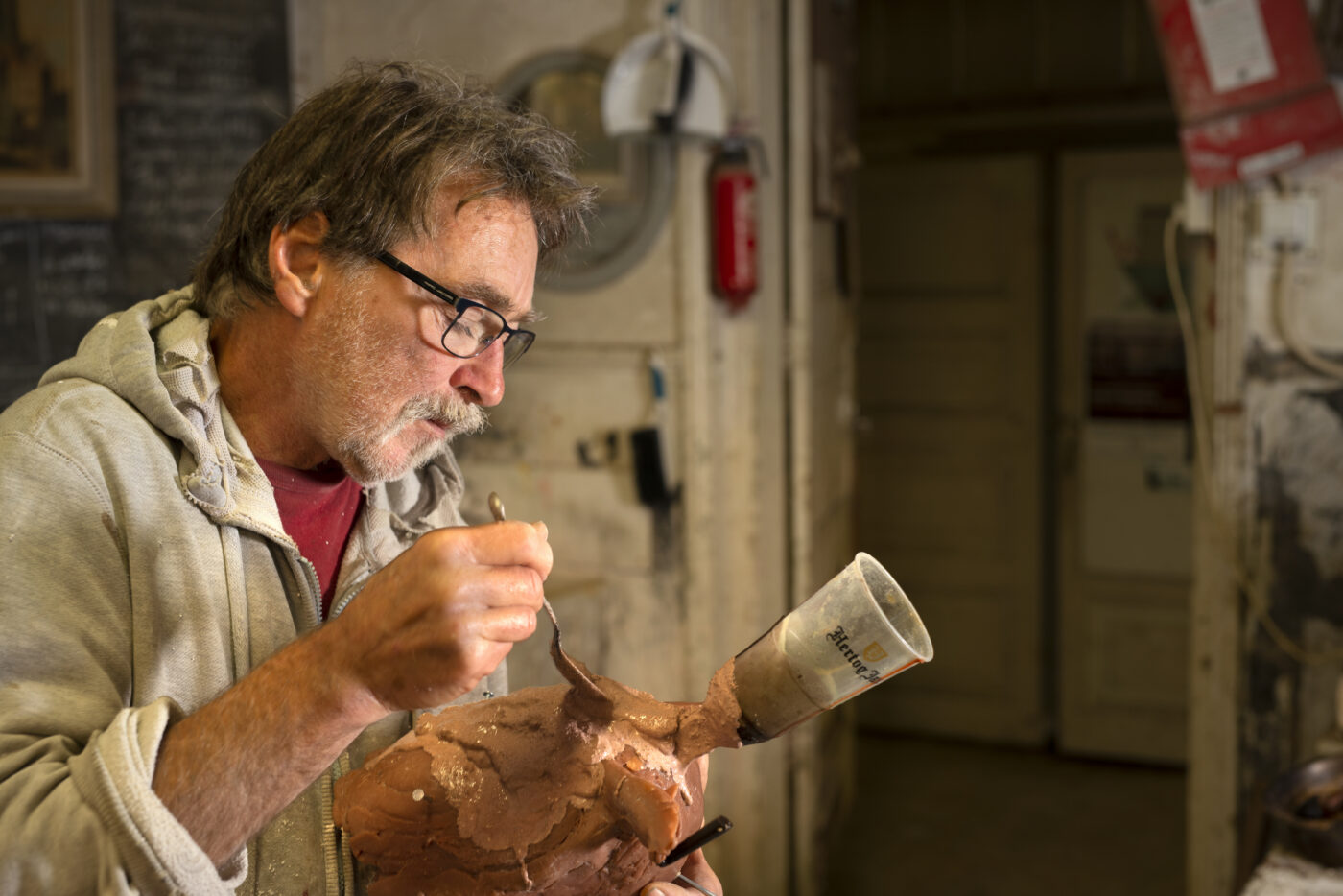 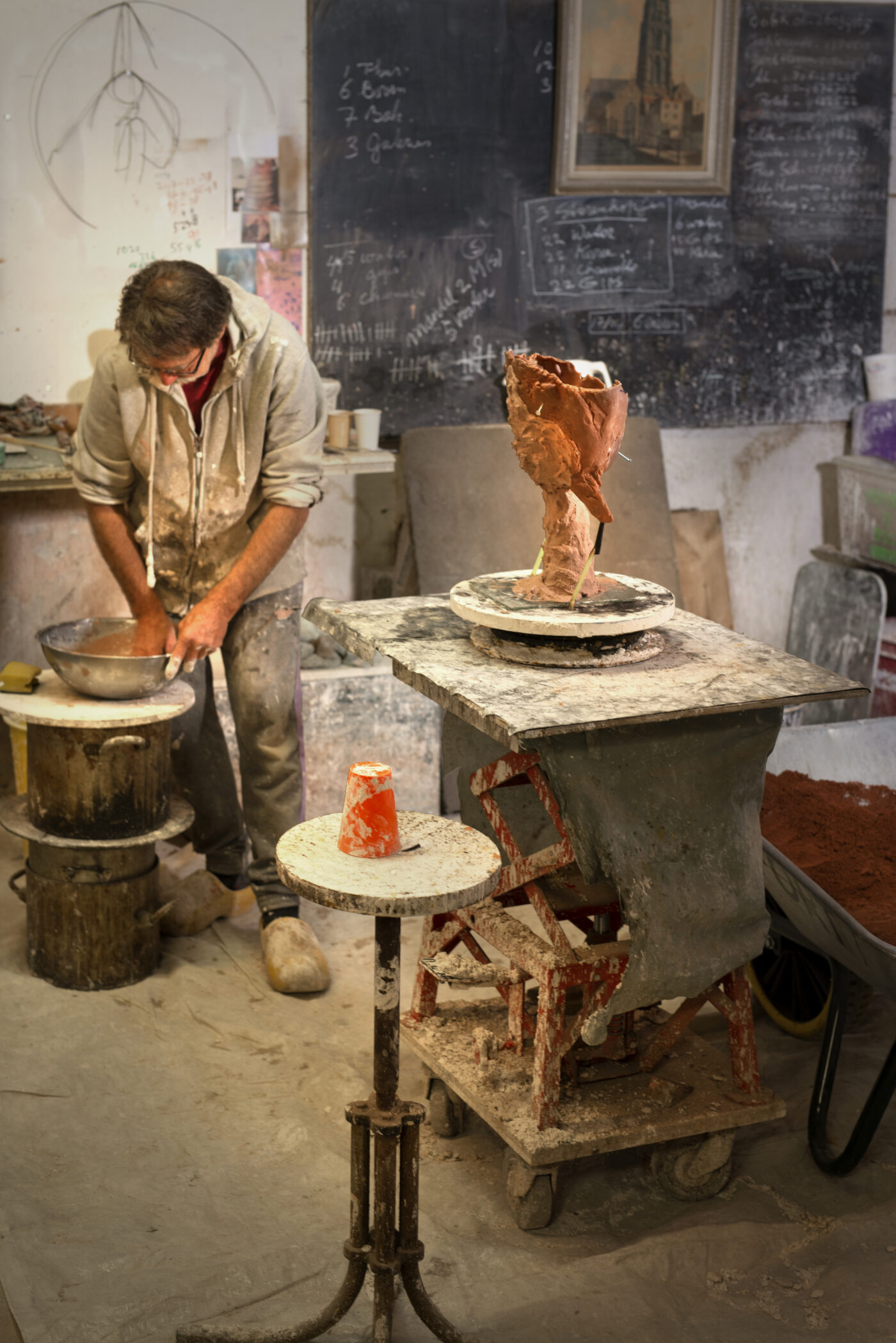 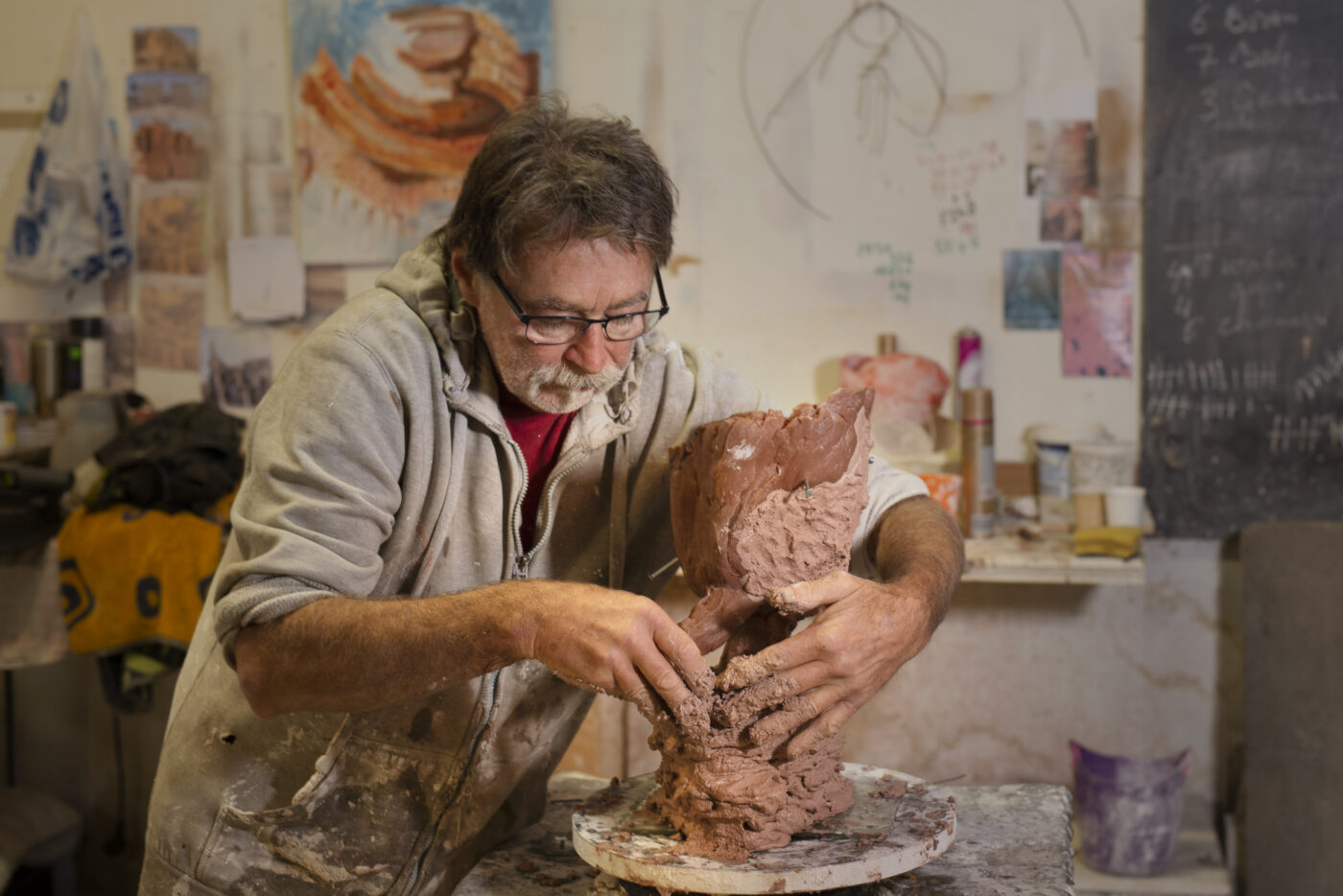 Friday 22nd July, at 18.00 until 20.00 you will have the opportunity to meet the famous sculptor Anthon Hoornweg in the Portrait Painting Gallery in Barga. This new gallery has some interesting work form Hoornweg on display and Anthon will be there to answer all your questing about the ancient techniques of making bronzes!

Anthon Hoornweg has a large circle of art lovers who admire his work. From an early age, Anthon was attracted to owls. Full of character and with a refined beauty, he creates these imposing birds in bronze. Not only his owls, but also his Taurus heads are famous.

Anthon was born and raised near Rotterdam (The Netherlands), the place where he still lives and works. His earliest art creations dates from his time at primary school, when he made small figurines in clay. Later he would take lessons from the renowned sculptor Ru de Gier. From 1965 to 1970 Anthon Hoornweg studied at the Rotterdam Academy for the Visual Arts where he was taught by Arie Teeuwisse, Bram Roth and Ian Pieters. During these years he also worked at Ru de Gier's studio who taught him the ancient technique of lost-wax casting. Anthon has cast his own bronzes.

His sculptures represent human beings, animals, like bronze bulls, or a combination of the two, as in his famous Minotaurs taken from Greek mythology, part man and part bull. His new work evokes the same atmosphere. They are ruins that recall the Roman Empire and are made up of separate bronze parts. Complex works that require a lot of craftsmanship.

“Works with which I try to depict transience.”

Several months a year, Anthon is involved in the annual major assignment, making bronze Taurus heads as trophies for the winners of the Prix Europa. A European Broadcast Festival held annually in Berlin to choose the best television, radio and media productions. Since 1999 Anthon Hoornweg's Taurus has been chosen as the logo for this prestigious prize. The logo depicts Europe in the shape of a bull's head.

Among the Prix Europe winners are big names such as British BBC presenter and naturalist Sir David Attenborough and director Ingolf Gabold known from the series The Bridge, The Killing and Borgen.

“I make the figurines one by one by hand. Not one is the same. The Taurus refers to the mythology of Crete, the island where long ago European culture began. The trophy has the same meaning as the Golden Calf and the Oscar.”