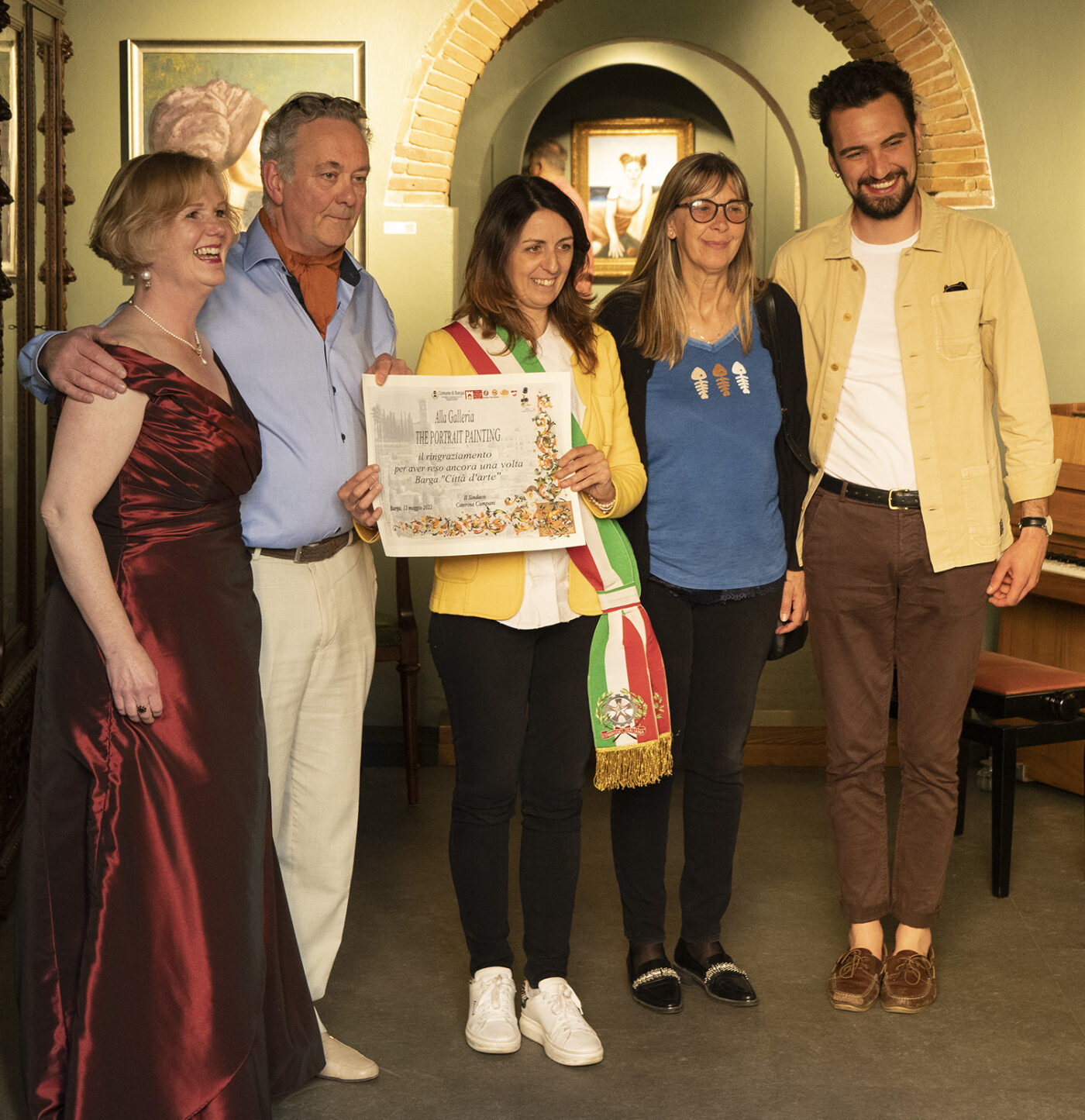 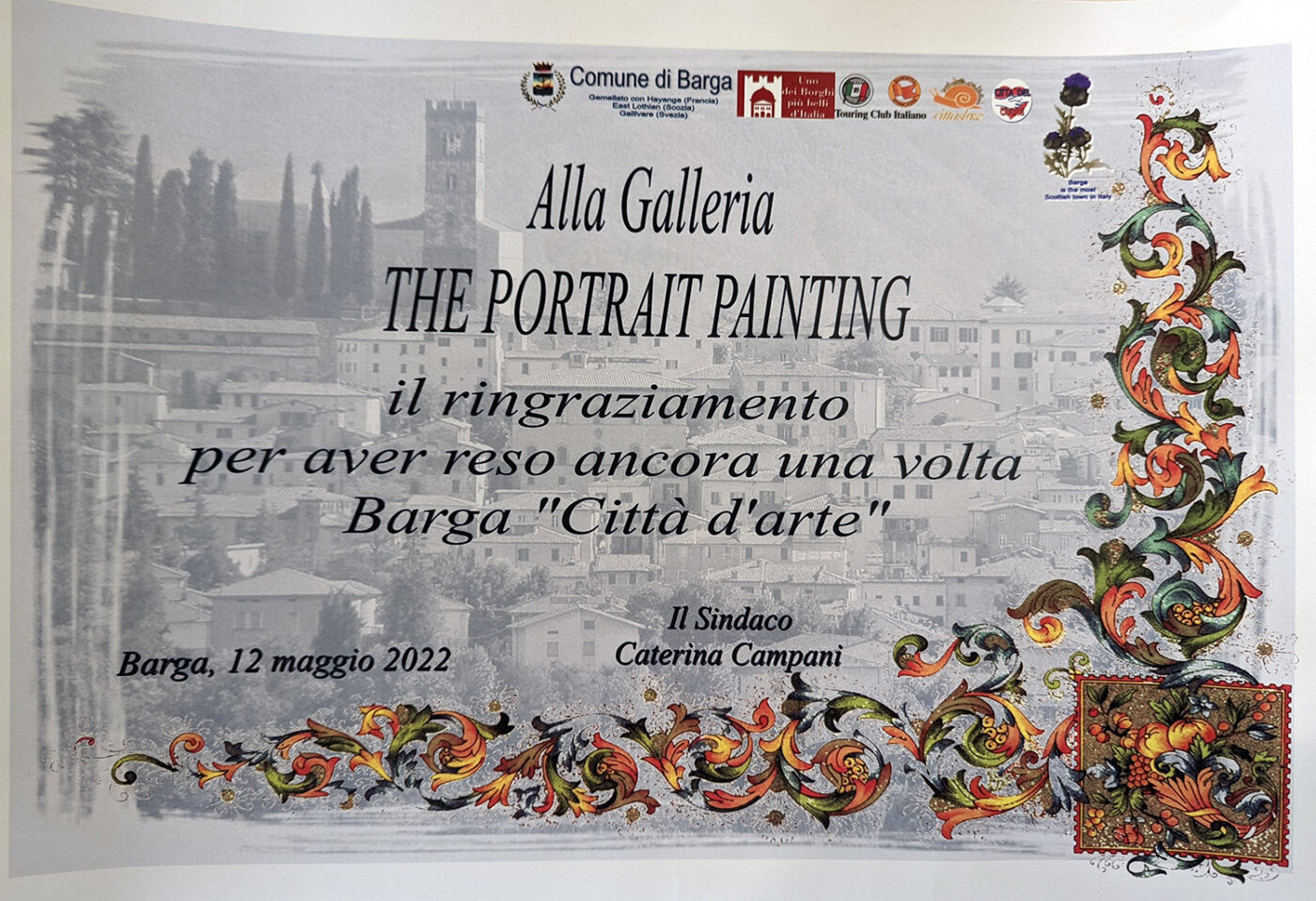 After months of preparation and participation The Portrait Painting Gallery is now officially open. The inauguration took place on 12th May 2022, with cutting the ribbon by the Mayor of Barga, Caterina Campani and Giulia.

After an introduction given by Romijn a splendid concert was given by Marika van der Meer, Bruno Caproni and Julian Evans. The opening became a great success as there were many visitors attending.

For a full report, photos and videos, have a look what the local press had to say: